In this article, we will have a look at mechanisms of human memory in order to understand how to best learn the German language, or any other foreign language! By understanding the brain’s processes while learning a language, you can start speaking German fluently without long pauses, hitches, or glances to the floor.

eKidz.eu has simplified this for you here. Follow the simple tips outlined below and you will see that some minor changes to your study program will make the learning process more effective and help you as you’re learning German.

The human brain is the engine of knowledge. Every time you intend to speak German, regions of your brain that control memory and language processing are activated. Just as with almost every other process your brain completes, the process of memorizing new words and forming sentences as you are learning German is complex.

The brain consists of approximately 100 billion cells called neurons. They communicate with each other through electrical and chemical signals. During any learning process, including learning the German language, the connections between certain neurons, called synapses, are strengthened. Repetition is crucial to building a network of strong and long-lasting synapses so that you can effectively learn German languages.

It is often said that it is more difficult for adults than young children to learn a foreign language. Children absorb knowledge like sponges. They need less time and effort to learn than adults. This is due to the fact that with age, the brain’s plasticity decreases, making it more challenging to learn new things and build a network of synapses. With age, the brain adjusts to the sounds that it hears most often, while losing the ability to differentiate “stranger” sounds. This is why to an untrained ear, some foreign language may all sounds like repeating the same sound over and over.

Easy Ways to Train Your Brain to Speak German Fluently

We cannot argue with physiology, but we can learn from the way children learn a second language:

Use these tips in your German lessons — immerse yourself in German without hesitation, without fear of failure, and avoid translation from English into German. Speak German, again and again, every time you have an opportunity.

If you understand these children’s methods of learning the German language with the use of the following bits of advice, then each day of learning will get you closer to fluently speaking German. 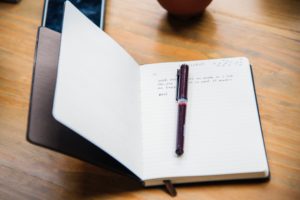 The power of memorization: 8 useful tips on how to learn the German language.

The knowledge of how learning occurs in the brain has helped to develop more effective learning strategies.

1. Study a little bit every day.

Cramming grammar and words without understanding the context before the exam will help you to memorize the material for a day or two, but you will probably forget it in a week.

Our brain needs time to process new information and save it. Memorization of large amounts of information simply overloads your brain.

15 minutes of exercise each day will be much more effective than a few hours of studying on Sunday evening. Make sure you don’t skip even a day of practicing German!

The key to the success of musicians, athletes and language learners: practice, practice, and more practice.

To speak German fluently, you will have to practice the same words and phrases over and over again. Your brain needs to get used to thinking quickly in German.

Repetition is a proven method of remembering, which includes increasing the time intervals between repetitions of words and phrases. Use flashcards or language apps such as eKidz.eu to learn German.

When you do an exercise — say the words out loud. Pronounce every German word when you read it.

There’s no point in learning random vocabulary that you’ll never use.

Choose the themes you like. If you are an artist, you may be interested in such a topic in German – Deutsche Kunst. If you like history, why don’t you study Deutsche Geschichte?

Learning something that interests you is a good motivator.

4. Find yourself some company to learn German together.

When studying in groups, you can work on learning German language with other people more effectively. Group lessons are a good opportunity to improve your speaking and listening skills — the basis of fluent communication in German. Learn together with your friends, colleagues or other students. If possible, find native speakers and invite them to join you.

Be creative and spend your classes having fun. For example, if you like food and cooking, why not learn food vocabulary and cook German food together? This German sandwich recipe is the perfect snack for your group activities.

You can practice your speech by playing German games, such as charades or German Rollenspiele (role play). Games require a lot of talking, which will help your fluency.

5. Combine the old with the new.

When learning German, you must memorize lots of new words while remembering the ones you already learned. When memorizing new words or rules, look for associations to something already familiar to you. These connections will make it easier to remember the new information.

Combine things that are connected to each other. Instead of learning one topic after another, mix them up! You will move on to the old subjects to refresh them in your memory, and you will surprisingly realize that you know more than you thought at the beginning.

6. Learn the German language before going to bed.

According to science, sleep helps our brain process information and consolidate memories.

Why not study a little bit of German before going to sleep?

Repeat an exercise, watch a short German video, or listen to a dialogue in German before going to bed.

For example, you can read German fairy tales such as “Rotkäppchen” (“Little Red Riding Hood”) or “Aschenputtel” (Cinderella).

Who knows, maybe when you wake up, you will be speaking German fluently?

Most likely, at an advanced level, your mind will automatically switch to German when surrounded by German speakers.

But even at an earlier stage of learning, you can consciously try to think in German for at least a few minutes a day.

Instead of translating the words from your native language, try connecting objects directly to German words and phrases. Describe things around you in German in your head. Start with simple things like “die Blume ist Gelb” (the flower is yellow) and gradually move on to more complex phrases.

As we have written many times above, practice is the key to mastering the German language.

You may have the best teacher in the world. You can study grammar for many years. But if you don’t listen and don’t speak, you will never speak German fluently.

The best opportunity to practice is a trip to Germany. Spending some time in Germany will give you a real practice of the German language, as well as an idea of a different culture and lifestyle.

Of course, not everyone can go to Germany to study. But don’t be upset. There are more opportunities for immersion in the German language at home than you can possibly think of.

Surround yourself with the German language as much as you can. Watch German TV shows such as “Tatort “or “Wetten, dass…”. Listen to the news in German. Listen to German music and read simple German books such as “Cafe in Berlin”. Switch the language on your phone to German and download the eKidz.eu app.

eKidz.eu has a unique technique of immersion. Instead of forcing the user to learn bland words and rules, the application offers more than 70 colorful stories on 9 levels of difficulty. There are no translations or formulas to memorize, just fun stories to listen to and understand as you read along with the animations.

Get together with other students and speak German. You can also find a language exchange partner among native speakers who will help you with German. In exchange, you can offer your knowledge of your native language.

Last but not least: don’t be afraid to make a mistake! Mistakes are an important part of your experience and will ultimately help you speak German fluently.

Are you ready to start learning German?

Follow our simple pieces of advice and you will reach German fluency faster than you think. It all comes down to knowing how the brain works.